I have seen the future and it is awful. The Associated Press, via The New York Post, has published a dispatch from the Henn na Hotel in Japan, which has recently installed robots to handle every aspect of your stay, including handling your luggage and checking in and out of the hotel. Yes, that’s right: To check into your room, you’ll need to first chat with a creepy she-bot like the one pictured above. DON’T MISS: Dinosaur egg treasure trove found in Japan This being Japan, of course, they can’t just have creepy humanoid robots — instead they’ve also got a dinosaur robot that’s been equipped with a receptionist hat and that greets you when you first enter. No, seriously. Source: AP Photo/Shizuo Kambayashi

Sourced through Scoop.it from: news.yahoo.com 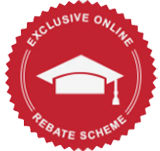